The Benefits of Fewer Toys for Children 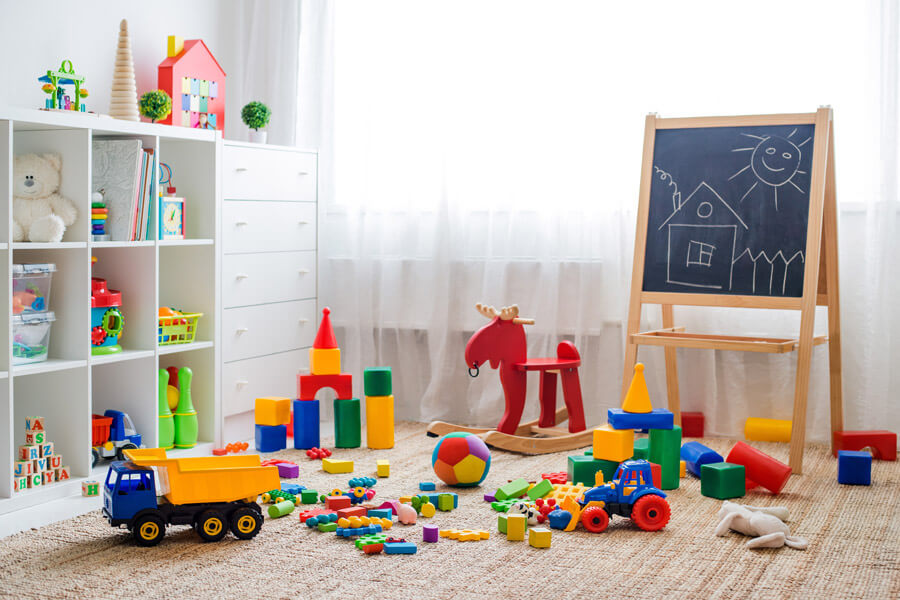 In the UK, the average child owns 238 toys. Out of those, they may only play with about 12 favourites.

When my eldest daughter was old enough to understand Christmas, I bought her so many presents. (Caveat, I’m a bargain hunter and bought most of them throughout the year in sales!) It was chaos. There were too many for her to be interested enough to open them in one day.

Now that we are trying to be a more minimalist family, I have genuinely found that my children are happier and play better with less toys. But it’s not just me who thinks so!

Research is showing that having less toys fosters more creativity and helps develop a child’s concentration.

A study conducted in Ohio, by Dr Carly Dauch, compared children who were given free play in a room with either four toys or sixteen toys. The children that were given four toys, played for twice as long with each toy and came up with a greater level of variety in their play. Lead author Dr Carly Dauch said “When provided with fewer toys in the environment, toddlers engage in longer periods of play with a single toy, allowing better focus to explore and play more creatively”.

Other studies have found similar results (such as the famous Munich Kindergarten study in the 1990s), fewer toys facilitate a child’s creativity and resourcefulness. Initially a child may complain about boredom once toys are removed, but that quickly dissipates.

Children will colonise objects, using them for something other than their intended purpose. In the Munich study, desks and blankets quickly became dens, with shoes being used to weigh down the blankets. I saw this in action too on Wednesday night. After ten minutes of Jenga, my children just wanted to build things with the blocks.

So, what sorts of toys should we consider buying this Christmas?

Psychologist and author Oliver James suggests choosing toys that allow for a child’s imagination to develop. Mr Potato head can only ever be himself, whilst a doll can be a baby, a shop customer, a villain or a classmate. The doll’s roles are only limited by the child’s imagination. James goes on to say, “Young children discover their identity through fantasy play. If their toys offer a limited repertoire, this process is eroded.”

Liat Hughes Joshi, author of Raising Children: The Primary Years, has some great ideas for selecting toys. Liat suggests considering 3 factors; “Social value – a dolls’ house allows children to play together, versatility – Lego bricks can be made into anything, and durability – such as a wooden train track that the child will use for years.”

I have recently binge watched ‘Consumed’ (a decluttering show), on Netflix. Now obviously we only get to see an edited version, but the children seemed to really thrive on less toys and coming up with their own games.

A friend of mine is ordering large cardboard boxes for her children this Christmas. They will be able to make whatever they want with them, a time machine, an aeroplane, anything they can imagine! What a great idea.

Let’s be more thoughtful with our Christmas shopping this year!

As ever, please get in touch at kate@declutteringdr.com.